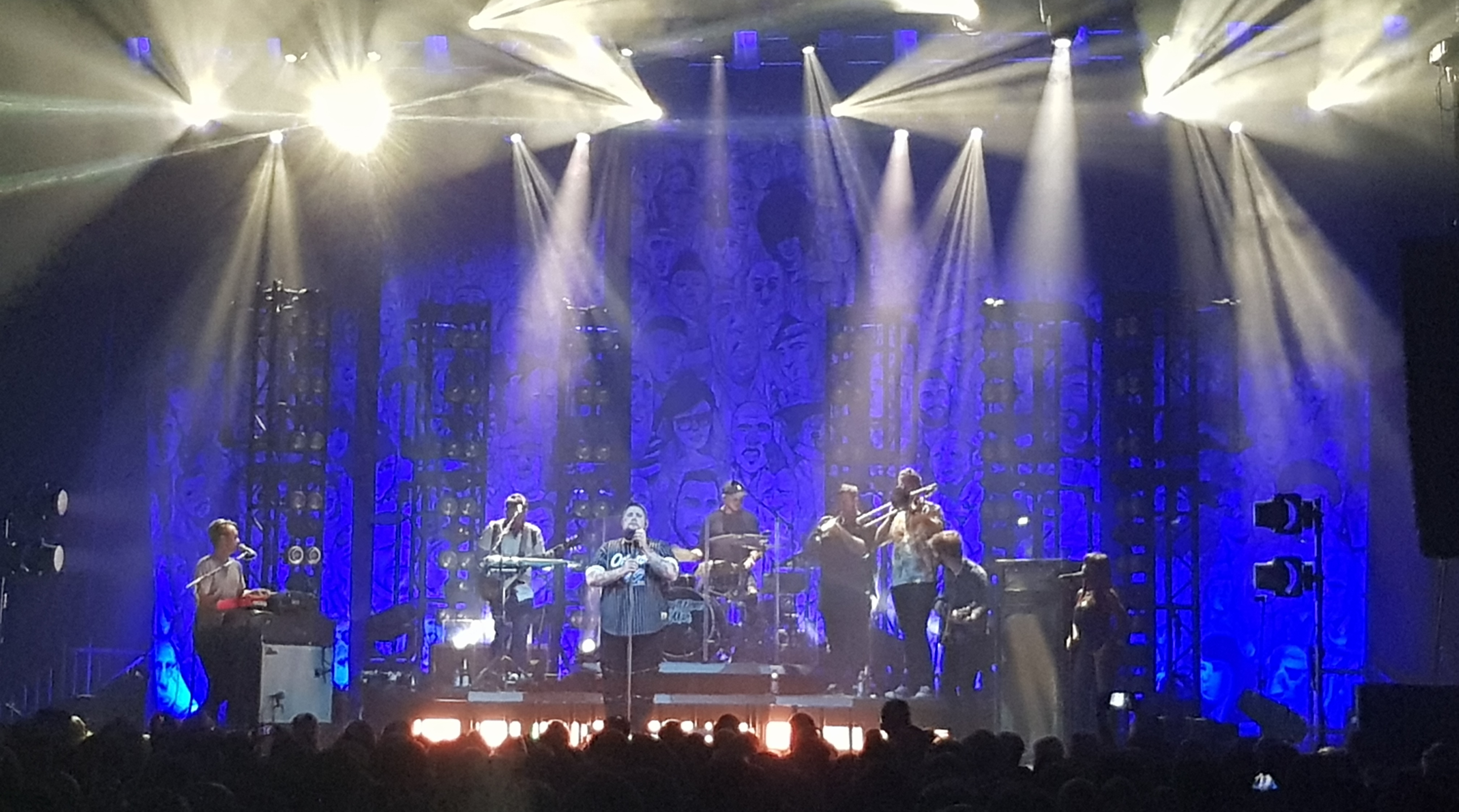 On Friday afternoon we (with Kerstin) went to listen Tom-Olaf Urb, or better known as Reket, to Pärnu Keskus. He released a new album “Rahu” on 20th of April and he made a small gig because of that. Great stuff, amazing, no regrets 🙂

Also got to test out my new camera for the first time. I still have a lot work to do 😀

The show in Kultuurikatel was sold out 6 months ago already and we could see that. It was full of crowd.

An indie rock band who warmed up for Rag’n’Bone Man. Or what I would say, tried to put us to sleep. Like really, it wasn’t a venue for them. I must admit, that I didn’t enjoy listening to them. There were some good songs, but I would guess they fit better into some open air festival and unplugged versions of their songs could be a hit.

Rory Charles Graham, better known as Rag’n’Bone Man, is an English singer and songwriter, known for his deep, bass-baritone voice.

The man had a story about every song. The lyrics came from heart. He clearly wanted to let the music speak for itself. Old and new songs, all were represented. Most popular ones being “Skin” and “Human”. He even did a rap edition of Human and crowd LOVED it.

A cappella version of ‘Die Easy’ was something that truly captivated me. Pure earthy tones. Wow.