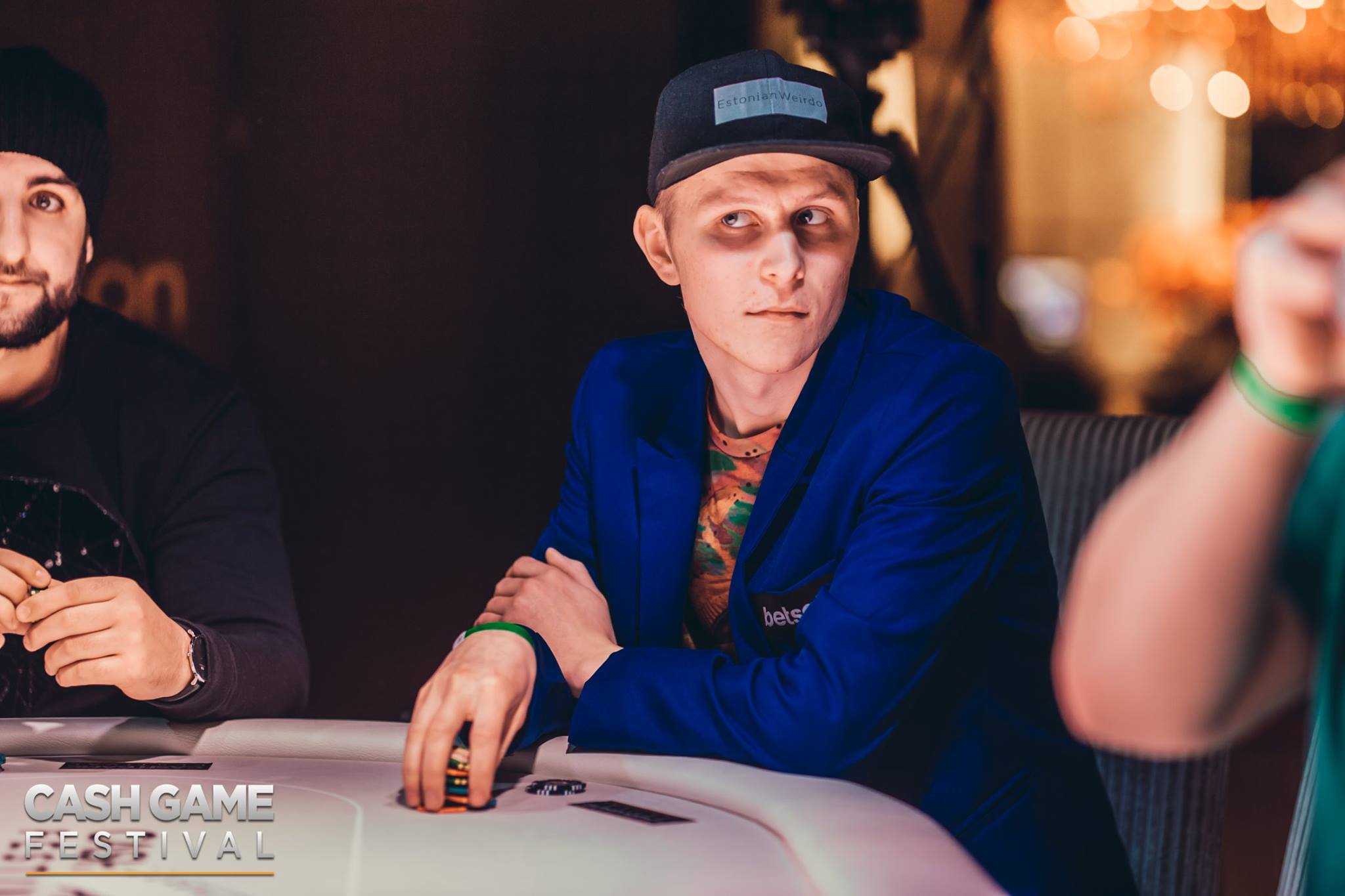 A month full of poker

Me, Mairo. I am a weekend-player. Not a pro although likes to think so. I play for fun. I could potentially play proper poker (have played this game for almost 10 years by now) but I am more of a silly guy. I could even limp with 2-7 if I feel like it. One of the main reasons I like pub poker. Most people play there for fun.

Small poker pub in the middle of Pärnu – Suur-Sepa 13. Friendly community who gather week after week to play some poker. No restrictions – anyone (18+) can play. If I’m correct, then it was the first opened poker pub in Estonia. Find out when is the next game and join – https://www.2paari.ee/ajakava/

The Cash Game Festival is an event organized by people who are passionate about cash game poker and traveling. And well… One of the key parts of the festival is relaxing and having good time with the CGF family. Yes, they become your family. I personally am very glad to be part of it. Have attended only two festivals and one of it with all side activities, and loved every minute of it.

I played 17 games (I don’t count some random freerolls or SNGs or whatever) during the month of November and well, I didn’t hit too well…

I started off the month with win on Unibet tournament held @ 2 Paari. My second win in November happened only two days later, winning a Grand Prix Special tournament. My third and last tournament win was on 10th November. Olybet tournament this time.

From 15th to 19th November CGF Tallinn stop happened. And I had a feature table booked for the first day. Guess what ? I won second place in Betsafe flip and they gave me 300€ playing money. I added a hundred to it and three hours after starting the first game I walked out of the casino with 402€ extra money in my pocket (all spent by now – no point to rob me).

Disappointment. Do I need to make any extra comments ? I failed badly and it’s a fact. Really hoping to do better on live 2018 champs.

Big congratulations to Kadi Kask and Erio Ermann ! Two Estonian Champions from this year OPEM who I know.

“In seat #3 is the Estonian player & Betsafe qualifier Mairo Toom who is not new to the Cash Game Festival. He was supposed to be at the festival in Panda suit (to get free beers from Martin Franke von Zweigbergk) but changed his mind in the morning. He had some business to do during the day and he thought it would be awkward to walk around in the city in a panda suit. The suit is safely at home and hopefully Mairo is wearing it some other day. Will you?”

Panda suit is ready and some other suits and silly ideas. Maybe for next year [insert stop here – most likely Tallinn] event I can come up with an offer which will take me to the side events and gives CGF good publicity in exchange.