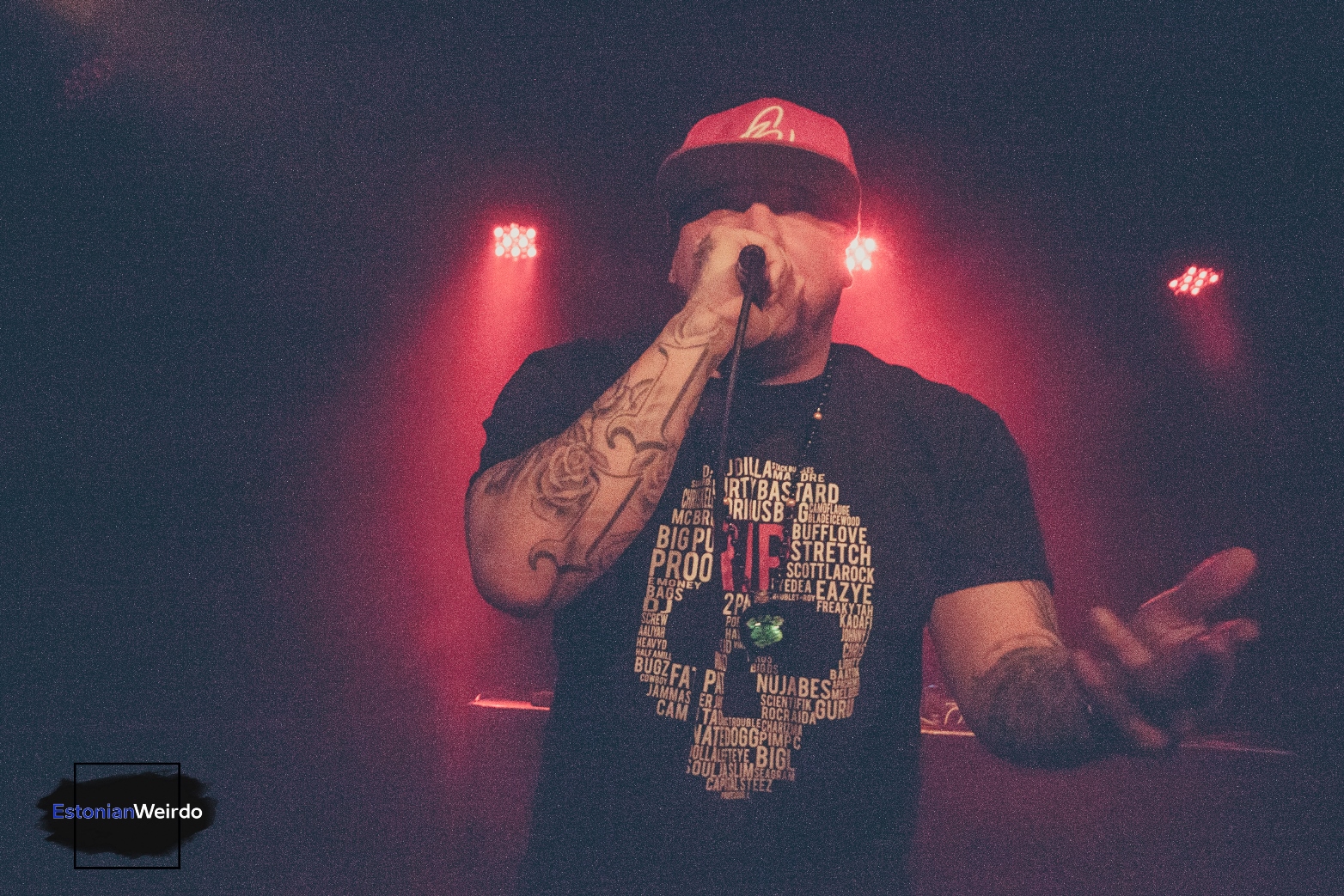 One of the most vital MCs I’ve heard in a long time – he’s completely passionate about his music and expressing himself. What hip-hop should be about. It’s rare that you hear an MC with that kind of honesty, commitment and lyrical finesse that he possesses. M-Dot’s songs are about real life: work, struggling, relationships. His rhymes have an amazing flow.

M-Dot isn’t particularly known in Estonia, but don’t tell this to somewhat thirty folks who showed up at Tempel to see him perform live. The rapper didn’t mind the room wasn’t filled. He performed like it’s his last concert (which it wasn’t – he is on a tour, check out the dates before it’s too late) and didn’t mind going for extra songs.

I walked out of Kultuuriklubi Tempel admiring M-Dot and Desco, with who he shared a stage. I expected a good performance, but they gave a stellar one.

(And not to forget – big up for one and only, DJ Kozy aka Kaarel Kose.)

(McLord warmed the crowd up.)